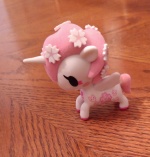 The month of February had me feeling like I moved backwards-and I don’t mean just a couple steps backwards. No, I’d say it’s more like giant leaps in reverse where my health and my writing were concerned. I’ve tried to do what I thought would help me, expecting one outcome and then it didn’t go the way I really thought it would/should(perhaps I’m a smidge of a control freak,yes?). Sometimes I can pick myself up and move forward. At other times, well, let’s just say crispy rice treats, chocolate, and a few muffled screams in the linen closet are the only remedy. February was definitely a month of  “other times”.

So, it’s fitting that last Wednesday was #RareDiseaseDay on the last day of February. Rare Diseases Europe (EURORDIS) and the Council of National Alliances began this movement in 2008(a leap year, which is also rare-hence the play on the name) to raise awareness and represent 30 million people affected by over 4,000 rare diseases worldwide.

The United States began participating in 2009. In the U.S., a rare disease is defined as affecting fewer than 200,000 people. I’ve mentioned before that if there is a less than 1 percent chance of a medication side effect, then you can bet I will experience it. So, the fact that I have a rare disease like Reflex Sympathetic Dystrophy is probably not a surprise to most people who know me.

RSD is also known as Complex Regional Pain Syndrome (CRPS-or as I sometimes call it- “the craps” 😊). But since I’m old school and have lived with it for 17 years, I still refer to it as RSD.

The theme for this year’s Rare Disease Day is right up my alley-RESEARCH! Hopefully, by raising awareness that these 4,000 diseases exist – more funding will be made available, patients would get diagnosed earlier, and more clinical trials could begin to ease the symptoms or better yet, cure the rare disease!

I’ve had many, many, many visits with various doctors over the past 17 years. Most have been very compassionate and helpful. However, there were a few that insisted it was either “all in my head” or that “I’m a malingerer”. It seemed that if that physician hadn’t heard of RSD, then it didn’t exist. I would leave there thinking well, if it didn’t exist, how does that define me? If they wouldn’t take the time to learn about my symptoms, or about RSD- how could they possibly understand what the pain had taken away from me? I had become a shadow of my former self, and now they wanted to make me completely invisible.

However, since I’m more shall we say… experienced, I’m not as afraid of speaking and standing up for myself. I can look back and see that after the diagnosis, God blessed me with a different path. A path that has many wonderful new possibilities, but also can be quite rocky at times.

I have been stumbling along on the rocky path since my spinal procedure in October, I haven’t quite yet gotten back to my “normal” pain level. There have been issues with medication side effects early on and two weeks ago some new ones cropped up (perfect example of my less than 1%). These debilitating symptoms prevented me from doing anything but hurt, so I had to switch back to an older medicine that I knew I could tolerate(Warfarin), even though it meant routine blood tests and other accommodations. As they(whoever “they” are) say, sometimes newer is not always better.

Because of the newer side effects, I withdrew from a conference in early February, which I was really looking forward to speaking at/attending. It bothered me a lot because I hate giving in to the pain. I’m slowly getting some energy back and look forward to presenting for the first time at the South Carolina Association of School Librarians next week(March 16th 8:30am at the Hyatt Regency in Greenville, SC-for any SC school librarians who might be reading this) 😊

Recently, a few things helped me navigate my rocky path: two friends each gave me beautiful, timely devotionals, and I received a letter sent to me by a student in New York. I love getting snail mail and it was handwritten-a twofer! It wasn’t just that he read the book and liked it a lot (although I do take some pride in that-not gonna lie), but that he took the time to write me, and had discussed scenes from the book with his teacher that he found impactful.

I’m so very grateful for the rare gems sprinkled in between the jagged rocks that encourage me to continue striving so that I may be in rare form (in a good way) despite my pain.

I have some people in my life and there are also way too many people lately in the news that are dealing with an overload of rocks in their path, so I’m going to do my best to find ways to be that rare gem and maybe give them some inspiration knowing that they are being heard and are loved.

“We know that reading-and reading widely-helps breed empathy. We know that children find comfort in books. That they seek refuge in fiction and poetry. And we know that literacy skills are essential to helping people make sense of the world.” From LITERACY DAILY blog, if you would like resources on how literacy can help stop the hurting: literacyworldwide.org/safeschools  or  Letters to Parkland and Beyond.

so what? not everything has to make sense!